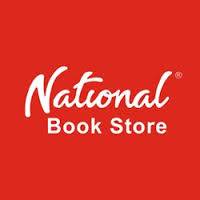 You can only send up to 255 characters.

You need to login to start messaging this employer.

Entrepreneur of the Year In 2005 Ernst & Young bestowed the second Entrepreneur of the Year Philippines award to National Book Store’s founder and chairman, Mrs. Socorro C. Ramos. This prestigious award is bestowed to an individual that best embodies entrepreneurial spirit, financial performance, strategic direction, community/global impact, innovation, and personal integrity/influence. The award is presented annually in more than 125 cities in 40 countries worldwide. Hard work, perseverance and a keen sense of entrepreneurship may be attributed to her success. Winning the award is a true testament to Mrs. Ramos’ dedication and innate passion to her life’s purpose. It was a defining moment in National Book Store’s history and one that would surely fire the flames for the future generation to carry on the company’s legacy. Our Vision We will be a globally competitive Filipino company delivering excellent customer experiences through its profitable retail and learning centers and brands. Our History Luck is only a small part of National Book Store's success. Through the hard work and powerful leadership of Socorro Cancio-Ramos and the late Jose Ramos with their family, the company has evolved from its humble beginnings into the biggest and strongest bookstore chain in the Philippines. 1930's -1940's: HUMBLE BEGINNINGS The first National Book Store started as a stall shop in Escolta before the Japanese occupation selling supplies, GI novels, and textbooks. When war broke out, strict book censorship forced them to shift their trade to soap, candies, and slippers. They bought their merchandise from wholesalers and peddled them to smaller retailers. Liberation came, but the whole Escolta area was burned to the ground. Having all their stocks reduced to ashes left the couple with nothing but determination and an undying drive to succeed. And their persistence paid off. They were able to rebuild a barong-barong in the corner of Soler and Avenida Rizal in time to catch the post-war business boom. They went back to business using their door as a counter for selling textbooks, notebooks, pad paper, and pencils. Business went very well because during that time, there were only a few stores that sold school supplies and books. National Book Store's opening was strategically timed to welcome the first postwar school year. 1948 brought another trial to the Ramos' life. Typhoon Gene destroyed their store and soaked all the merchandise. But this did not dampen the spirit and tenacity of the couple to pursue their dream and rebuild National Book Store. Adversity forced them to work harder. They slept for only three hours a day, spending the rest of their hours at work. They were eventually able to construct a two-story building with a mezzanine, which was to become their retail store for many years. 1950’s-1960’s: INCREASING PRODUCT LINES In the 1950's, Mrs. Ramos thought of producing a line of greeting cards and postcards using Philippine views and artwork. It was a brilliant move for her to earn more by creating a distinct design and at the same time to promote Filipino customs and traditions to the rest of the world. Later on, they acquired the Philippine franchise for Hallmark cards. It was also at this time that the couple began a publishing program through the assistance of international publishers such as McGraw-Hill, Prentice Hall, Lippincott, Addison-Wesley, and others. In 1955 and after five years of negotiations, the Ramoses were able to acquire a piece of prime property owned by the Guerreros. It was only in 1963, however, that the construction of the Albecer Building began. This building was named after their three children -- Alfredo, Benjamin, and Cecilia. Little did they know that this nine-story building was the first of many that they would build. 1970's-1990's: STEADY EXPANSION When their children grew, they persuaded their parents to expand beyond Avenida Rizal. Although they were reluctant at first, the Ramos couple realized the opportunity envisioned by their children. They opened a new branch on Recto Avenue, a place catering to students. In the 1970's, they were able to acquire space in new shopping centers opening up in Cubao and Makati. This started the National Book Store chain's steady growth and by the 1990’s there were over 50 branches across the country. A NEW COMPANY LOGO 1996 brought significant change to National Book Store. The family decided to change the company logo and commissioned a Singapore design company to execute the new company identity. A modernized script evolved, the stripes made solid with a bolder shade of red. This has spawned a change in the store layout as well. Color-coded signages and logical merchandise displays provide a customer-friendly atmosphere in the branches. NATIONAL BOOK STORE: AN INSTITUTION Over sixty years of focused energy has brought National Book Store to where it is now: the pinnacle of the bookstore industry in the Philippines. More than that, the National Book Store family takes pride in its role as an institution that supports education and enhances lives by providing the best and widest selection of educational, professional, and social communication products. The values that took Mr. and Mrs. Ramos through adversity -- hard work, shrewd business skills and a strong sense of social responsibility -- remain the driving force for the whole Ramos family, their 2,500 employees in over 160 branches, and will keep National Book Store ahead in the next century.